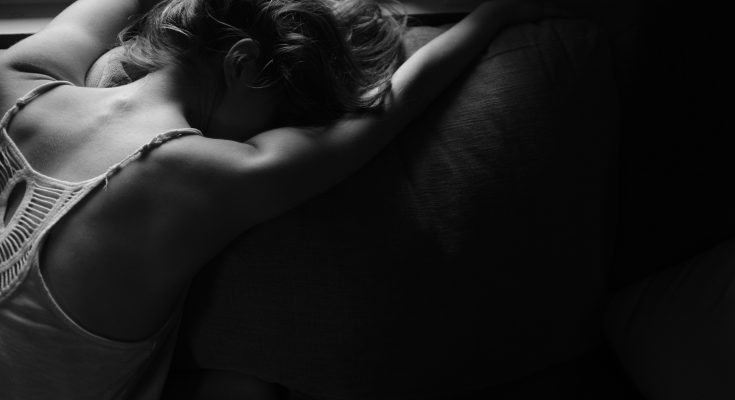 According to the Centers for Disease Control and Prevention (CDC) approximately 29% of U.S. adults report sleeping less than 7 hours per night and 50-70 million have chronic sleep and wakefulness disorders. A CDC analysis of 2006 data from the Behavioral Risk Factor Surveillance System (BRFSS) in four states showed that an estimated 10.1% of adults reported receiving insufficient rest or sleep on all days during the preceding 30 days. This examination of insufficient was conducted in all 50 states, the CDC analyzed BRFSS data.

The current population of the United States of America is 325,366,522 as of Wednesday, November 22, 2017, based on the latest United Nations estimates.  http://www.worldometers.info/w… Therefore, more than 100 million people are restless, up all night, waking up tired and suffering from a host of issues derived from their bodies not recuperating properly from a good night’s sleep. Here are a few problems that have been associated with a lack of sleep; fatigue, weight loss/gain, effects of cognitive functions of the brain, major disasters all related to insufficient sleep, poor job performance and productivity, stress, driving drowsy accidents, abuse of substances, depression, and the like.


Fortune.com estimates that it costs the U.S. over $400 billion dollars each year in costs related to the lack of sleep. The factors that contribute to this enormous cost are medical institutes conducting sleep studies, patients looking for answers therefore increasing doctor visits, research and development for medical cures, and money spent on damages caused by the sleep deprived. Of course, these are just the broad categories of this issue. For anyone who has gone through a day without sleep, they can probably contribute other maladies to this list.

Swimming is an excellent way to help those who are sleep deprived. This is something that many swimmers have known for as long as they’ve been swimming. Not to say that they’ve never had a sleepless night, but hopefully overall those have been few and far between. In fact, some swimmers have complained about their sleepiness after a swim. There are some theories about this phenomenon out there. Some say it’s the reheating of the body after being in cool or cold water that makes one sleepy. Another is The National Sleep Foundation who conducted a study (2013) on exercise and sleep, noting that those who exercise light to moderately had better sleep habits. Exercises like running may increase catecholamine hormones (has an effect like dopamine on the nervous system) more so than swimming, that is a low impact more calming workout regime. Then there’s the perpetual motion of swimming that can act as a soothing and relaxing forward to sleep. Then, there’s the tranquil effects of water on our psyches.

Water is a Wonder

“We are tied to the ocean. And when we go back to the sea, whether it is to sail or to watch – we are going back from whence we came.” – John F. Kennedy

Before I even learned how to swim, I spent a great deal of time down by the George Washington Pier underneath the Brooklyn Bridge staring fondly at the Statue of Liberty and the East River. For me, it was one of the most calming places in Brooklyn. I’d watch the water flowing back and forth for hours and as I did I would become increasingly more relaxed.

Countless others have expressed to me stories about their favorite water spots either at the ocean front or near a pond or some other water way. Unfortunately, there are very few studies done by neurobiologists on the subject of why our brains react to water in the way that it does (other than the effects on drinking water), but in light of the over crowded beaches, pools, and other water ways, we know that there is something to it.

So, even if you don’t swim, you can still gleam the peacefulness of this wonder of water. There are some who float for hours on their backs, basking in movement of waves feeling totally supported the weight of it. Some dip their feet in and kick about watching the reflection of the sun glisten over it. While others, take boat out and fish or snorkel or even deep dive in it. Whatever the activity, there is a mysterious love affair that we have with water. Since it constitutes two-thirds of the planet, it’s good that we do.

“Water is the driving force of all nature” – Leonardo da Vinci.

After swimming several laps in the pool, I am in my greatest state of repose and exhilaration. Plus, the best part is that these feelings of wellness continue throughout the day. For those who are having trouble sleeping, I highly recommend swimming and if you can’t swim there are plenty of things one can do in the water to achieve a state of calmness like floating, strolling down the beach, or fishing, to name a few.

If you have a favorite water spot, or enjoy the water as much as I do, do leave a comment below.

View all posts by Beverly →